C41A-0326:
A grid-based Model for Backwasting at supraglacial Ice Cliffs on a debris-covered Glacier

Numerous measurements of radiative fluxes at the cliff surface, detailed survey of cliffs geometry and ablation have been conducted on the debris-covered Lirung Glacier, Nepalese Himalayas. We used four 20cm-resolution DEMs obtained from UAV flights to represent the glacier surface to a very detailed degree. As the debris remains stable on slopes up to 30°, ice cliffs show inclinations above this threshold and were clearly represented in the DEMs.

Direct measurements and a point-scale cliff-backwasting model have showed that melt patterns over a single cliff are highly variable across and along the ice surface due to non-uniform geometry, varying inclination, aspect and terrain view factors. Variability in observed ablation was large also among cliffs. We therefore developed an energy balance model with a gridded representation of the cliff to understand the melt behaviour at the cliff scale. Previous models assumed the cliff to be a plane with a constant slope and aspect, and extrapolation of melt rates to the glacier scale based on this assumption might be erroneous.

Using a grid-based approach allows representation of real inclined areas of the cliff. The detailed surface from the UAV-DEM was taken as initial condition for the model. The model was in close agreement with ablation measurements at numerous stakes located on 3 cliffs. Results show very high variability both along the cliffs' elevation and extension. These cannot be predicted with statistical relationships between slopes, aspect and exposure to the surrounding terrain because of the interplay between topography and energy fluxes. Only an energy balance model based on the actual complex geometry of the cliffs can reproduce their backwasting, which amounts to a significant component of the glacier's annual mass balance. 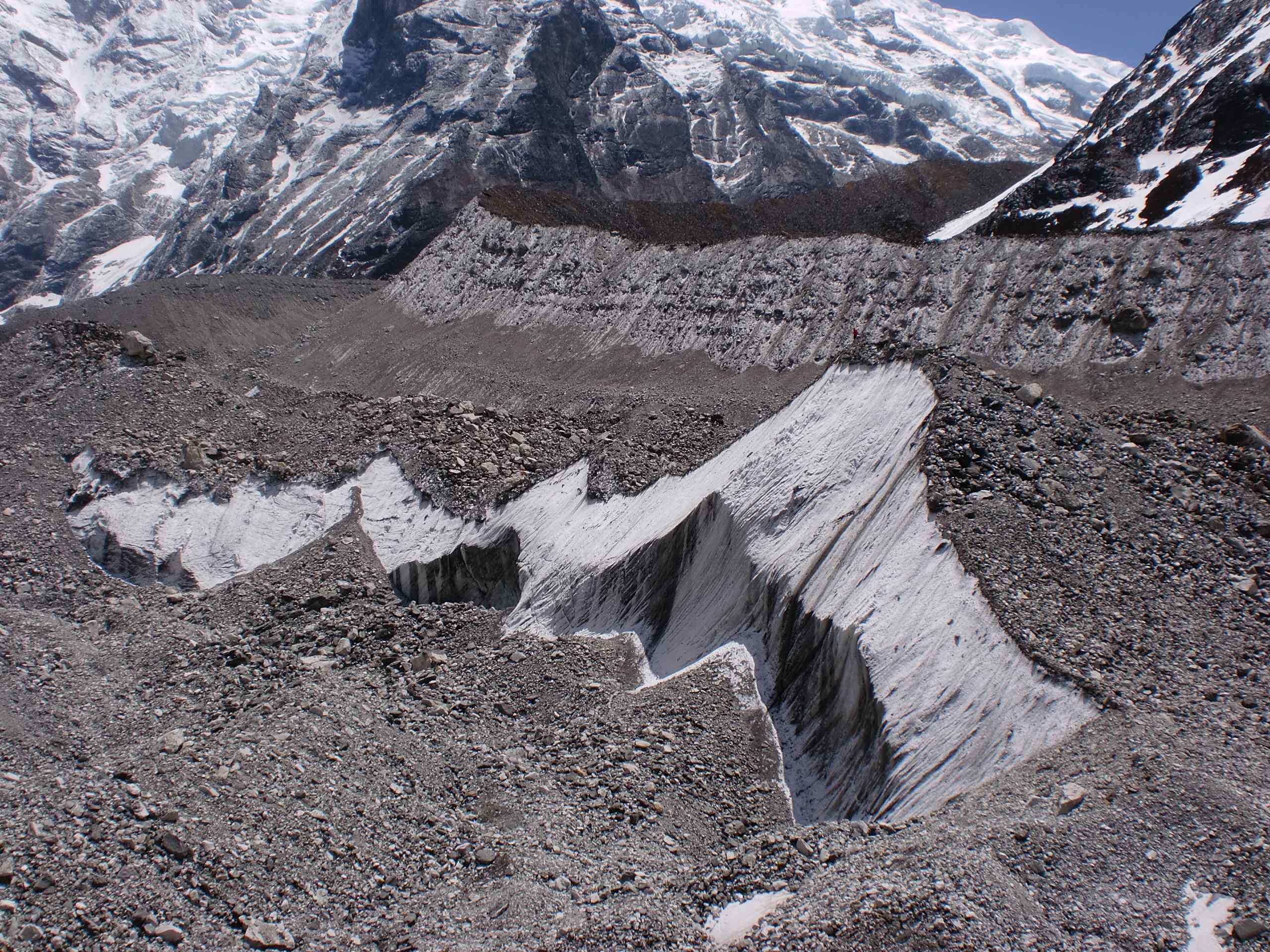