We found that internal variability is a substantial source of uncertainty for local climatological precipitation in an ensemble of perturbed physics experiments (PPE) in which we also perturbed the atmospheric initial conditions. The ensemble consists of about seventy 50-year long AMIP simulations performed with the GFDL model at 1x1 degree resolution.

Our goal is to describe the dependence of the local precipitation climatology to the value of each parameter being perturbed in the ensemble; and we found that a quadratic dependence is appropriate for the entrainment in convective clouds (Fig.1a) with the quadratic term acting to compensate the effect of the linear term: the magnitude of the latter is in fact 20-30% larger and of opposite sign in all major convective areas in the Tropics. About 50% of the grid points show such behavior (Fig.1b) when an ensemble of initial conditions is employed.

To assess the impact of internal variability we repeated the analysis using only one run for each parameter value and found that the confidence with which the fitting parameters are established is strongly decreased: a difference in the magnitude of the reconstructed precipitation of about 10-30% is obtained, when precipitation is evaluated at the standard value of the entrainment coefficient (Fig.1c); and the number of grid points in which the null hypothesis of “no quadratic dependence” is rejected halves (Fig.1d).

Preliminary results on the joint impact of internal variability and temporal span of the simulations indicate that an increased uncertainty of about 10% occurs when only 20 of the 50 years of simulations are considered.

Lastly, in exploring model optimization we found that a PPE often cannot be discerned from the internal variability in a simulation length of 50 years. 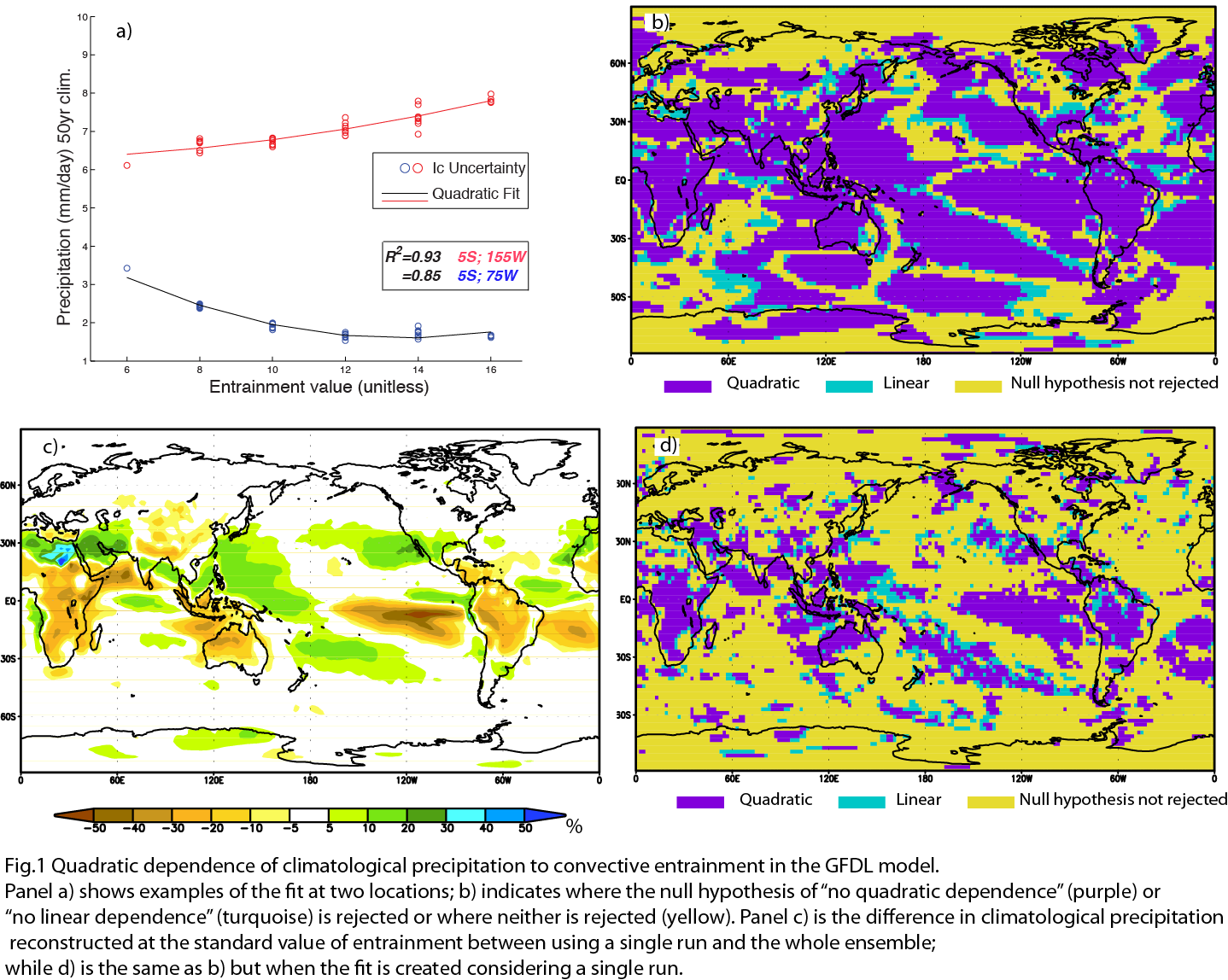