S23B-4498:
Laboratory investigation into foreshock sequences and their relation to nucleation processes on a frictional fault

Foreshock sequences have been observed to occur before large earthquakes. They may provide short-term information regarding the timing of the impending event. Our current understanding of stress states encouraging foreshock generation is limited. Geodetic data from Tohoku and north Chile sequences indicate that foreshocks occur on the frictionally locked section of the fault [Brodsky and Lay, 2014]. McLaskey et al. [2012] have shown that foreshocks can be simulated on frictional interfaces in the laboratory and demonstrate physics that scale directly to large regional earthquakes [McLaskey et al., 2014].

We present findings on a PMMA-PMMA frictional interface in a direct shear configuration, where a catalogue of 68 foreshocks preceding 8 large rupture events along the interface were studied at four levels of normal load. A pressure sensitive film was used to locate, size and measure normal stress on individual asperity. Slow slip was observed to nucleate from the free edge and grew (at rates between 3 to 12 mm/s) into a ‘locked’ section of the fault and was fully dependent on the applied normal load. Within the ‘locked’ region, an increase in size and densities of asperities were present. As the nucleation zone grew into the locked region, foreshocks were recorded using absolutely calibrated acoustic emission (AE) sensor and were modeled using a double-couple source mechanism. The source radius, approximated using the Brune [1970] relationship, ranged from 0.21 to 1.09 mm – similar to film estimates for larger asperity radii in that region. Spatio-temporal distributions of foreshocks showed decreasing recurrence times (~ 10 s to 0.001 s) as they clustered towards the eventual main shock hypocenter. We observed a pronounced dependence between the magnitude of foreshocks in a sequence and the energy released during full rupture; suggesting that foreshock size may be an indicator for potential magnitude of the main shock. 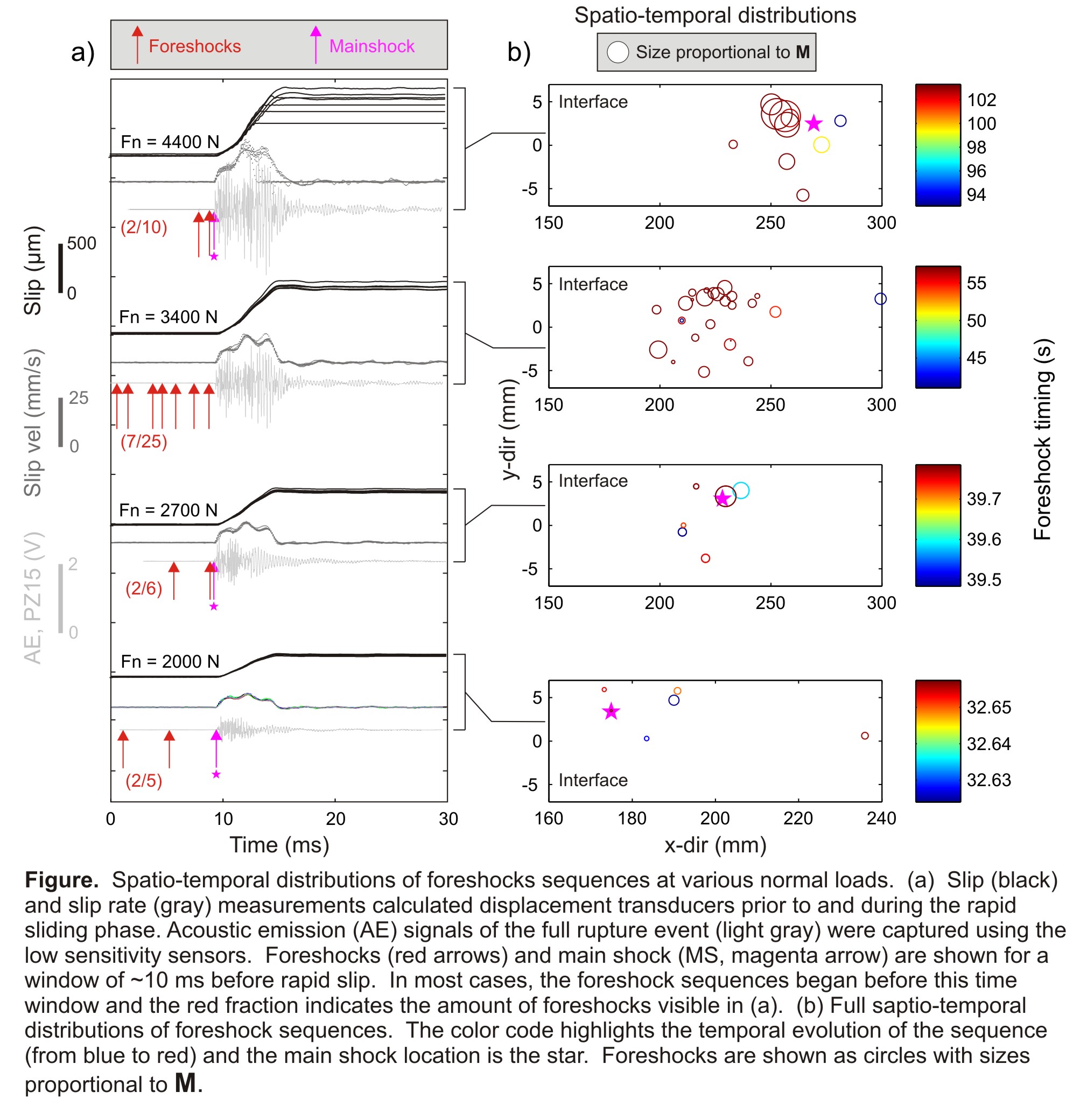