S13B-4454:
Crustal Structure of and near the North American Mid-continent Rift System from Receiver Function Studies

The more than 1000-km-long main branch of the mid-continent rift system (MRS) near Lake Superior and the Minnesota-Wisconsin border nearly took North America apart, but ceased rifting soon after it began. Thermal and magmatic events and subsidence- related sedimentary processes significantly changed the structure of the upper crust across and along the MRS. To map the depth extent and lateral changes in deep lithospheric structure related to the MRS, we estimated and studied receiver functions (RFs) from 82 SPREE (Superior Province Rifting EarthScope Experiment) broadband seismic stations and seven EarthScope Transportable Array stations. We inverted the RFs for depths of seismic-velocity discontinuities and shear-velocity structure of the crust. The RFs for each station are derived from the deconvolution of the radial component with the vertical component in the time domain (Ammon et al., 1991). Using a relatively high corner frequency in the deconvolution passband helps us resolve multiple layers within the crust. The most prominent feature of the RFs is the P-to-S wave converted at the Moho (Fig. 1), which reflects the contrast in rock properties between the lower crust and upper mantle. This Moho-generated P-to-S converted wave is very clear in RFs for stations outside of the MRS. Inside the MRS, the RFs are more ambiguous and suggestive of a basal crustal layer with shear velocities in between typical lower crust and upper mantle values. There is more variation among the RFs for stations within the MRS than among stations outside of the MRS. 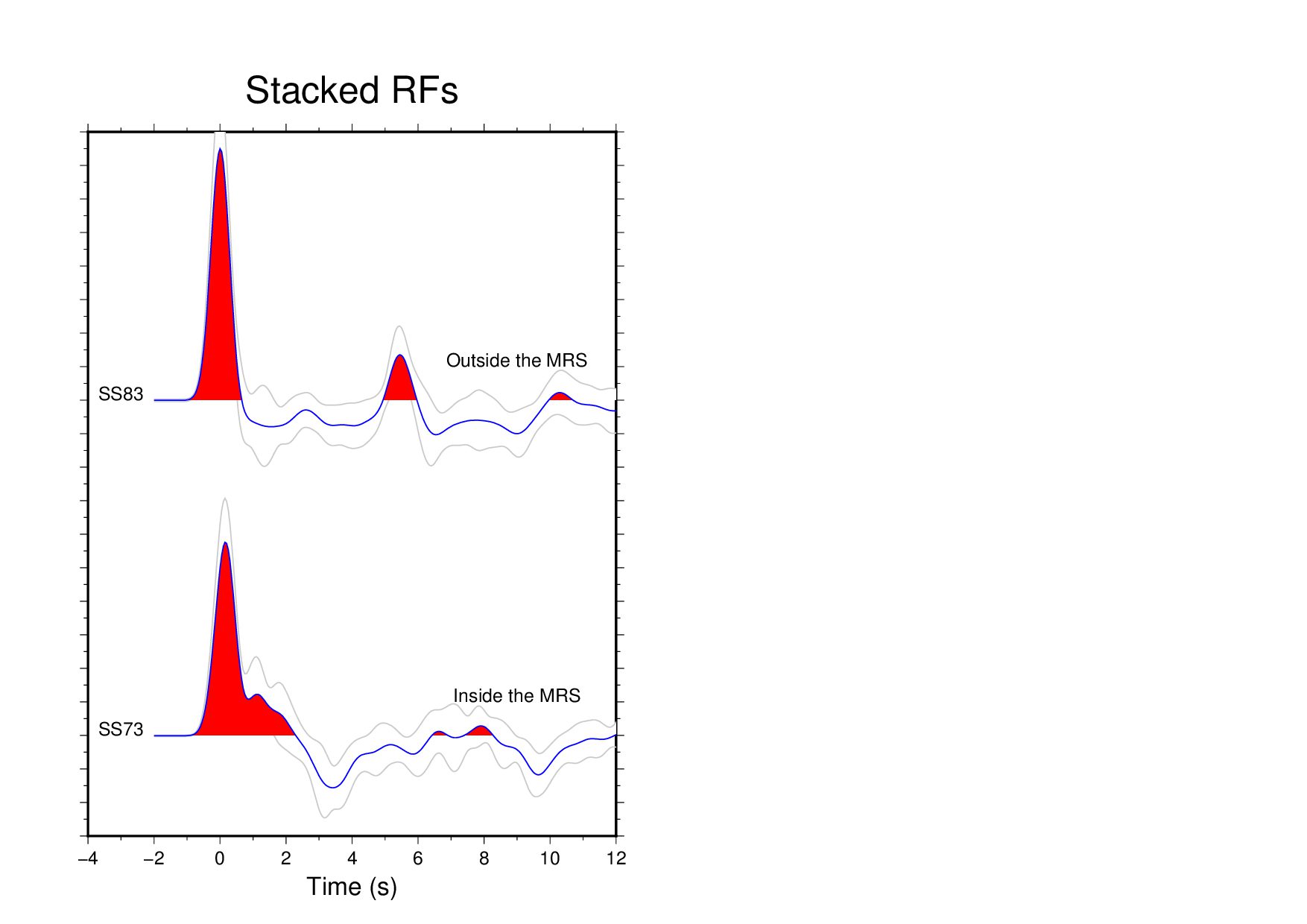