S13B-4453:
SPREE: A Successful Seismic Array by a Failed Rift System; Analysis of Seismic Noise in the Seismically Quiet Mid-continent

The Superior Province Rifting Earthscope Experiment (SPREE) completed its field recording phase last fall with over 96% data return. While 60% of the stations returned data 100% of the time, only 9 performed below 90% and one station had questionable timing. One station was vandalized, another stolen. One station continued recording after its solar panels were pierced by a bullet, while another two stations survived a wildfire and a blow-down, respectively. The blow-down was an extreme wind event that felled hundreds of thousands of trees around the station. SPREE stations recorded many hundreds of earthquakes. Two regional earthquakes and over 400 teleseismic earthquakes had magnitudes over 5.5 and three, smaller local earthquakes had magnitudes over 2.5.

We have calculated power spectral estimates between 0.1-1000 s period for the ~2.5-year lifespan of all 82 SPREE stations. Vertical channels performed quite well across the entire frequency range, falling well below the high noise model of Peterson (1993) and usually within 10-15 dB of nearby Transportable Array stations.

SPREE stations' horizontal components suffer from long-period (> 30 s) noise. This noise is quietest at night and becomes up to 30 dB noisier during the day in the summer months. We explore possible causes of this variation, including thermal and atmospheric pressure effects. One possibility is that stations are insulated by snow during the winter, reducing temperature variations within the vault. Spring snowmelt creates instability at many of the SPREE stations, evidenced by frequent recenterings and enhanced long-period noise.

For all channels, power in the microseismic band (4-16 s) is strongest in the winter, corresponding to storm season in the Northern Hemisphere, and approximately 20 dB weaker during the summer. The power spectrum and temporal variation of microseismic energy is consistent across the entire SPREE array. 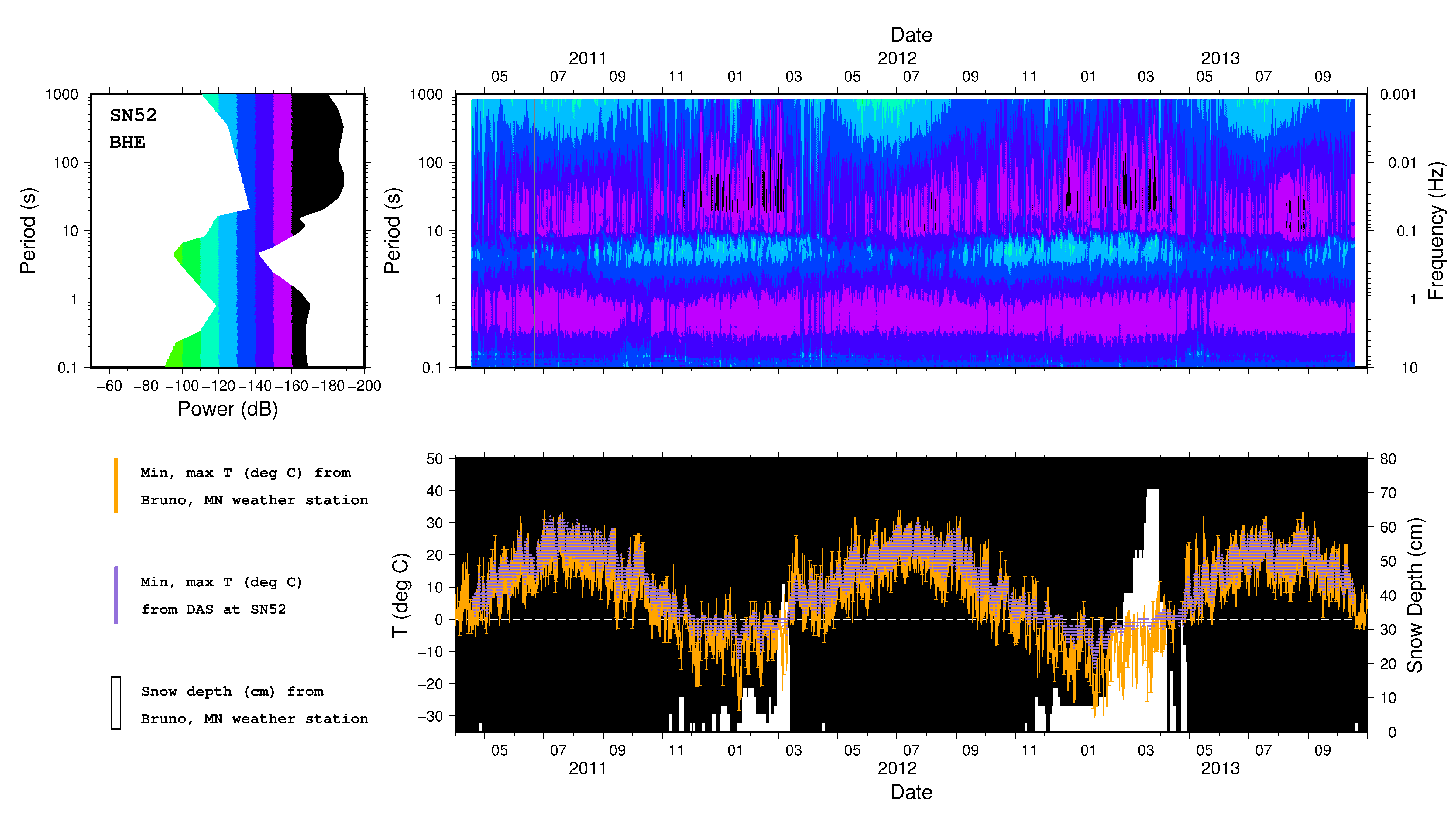