The NASA THEMIS and ARTEMIS satellite missions study “space weather,” which describes the solar wind influence on Earth's protective magnetic shield, the magnetosphere. Space weather is important to study and predict because it can damage critical GPS and communications satellites, harm space travelers, and even disable our global electrical grid. The Planeterrella is an innovative heliophysics outreach demonstration, expanding public awareness of space weather by visualizing the sun-Earth connection up close and in-person. Using a glass vacuum chamber, two magnetized spheres and a 1kV power supply, the device can simulate plasma configurations of the solar corona, solar wind, Van Allen radiation belts, and auroral ovals, all of which are observable only by satellites. This "aurora in a bottle” is a modernized version of the original Terrella built by Kristian Birkeland in the 1890s to show that the aurora are electrical in nature. Adapted from plans by Lilensten et al. at CNRS-IPAG, the UCLA Planeterrella was completed in Nov. 2013, the second device of its kind in the U.S., and the centerpiece of the THEMIS/ARTEMIS mobile public outreach exhibit. In combination with captivating posters, 3D magnetic field models, dazzling aurora videos and magnetosphere animations, the Planeterrella has already introduced over 1200 people to the electrical link between our sun and the planets. Most visitors had seen solar flare images in the news, however the Planeterrella experience enhanced their appreciation of the dynamic solar wind and its effects on Earth's invisible magnetic field. Most importantly, visitors young and old realized that magnets are not just cool toys or only for powering hybrid car motors and MRIs, they are a fundamental aspect of ongoing life on Earth and are key to the formation and evolution of planets, moons, and stars, extending far beyond our galaxy to other planetary systems throughout the universe. Novel visualizations such as the Planeterrella can significantly increase awareness of space weather and act as a catalyst for the pursuit of STEM careers by allowing students to form a personalized, emotional connection to the incredible phenomena surrounding our planet. This can translate into greater support for the heliophysics satellite infrastrucure that safeguards our modern society. 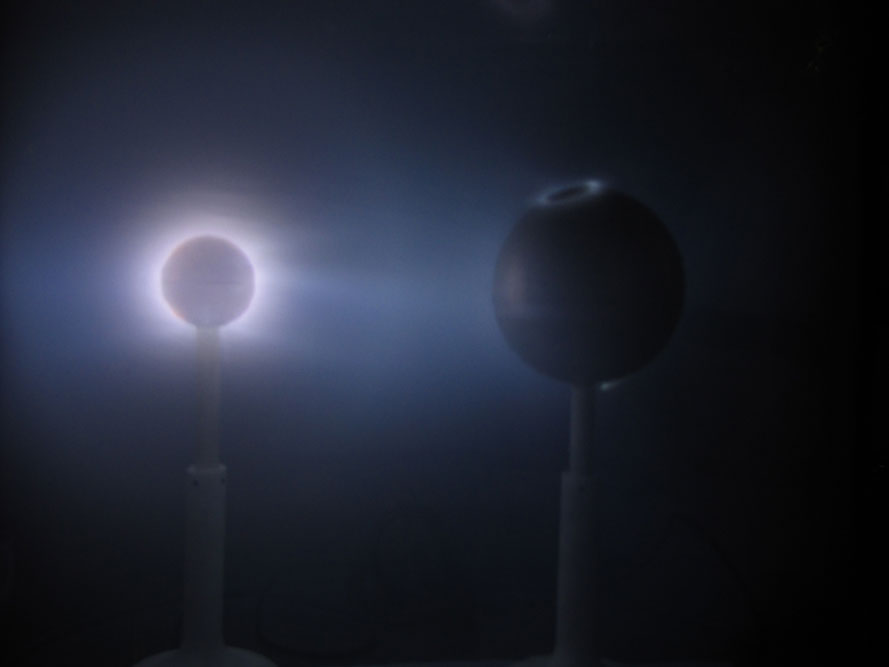