ED11B-3422:
Life After the Tsunami, a Motivation to Learn about Earth Hazards

Banda Aceh: Life After the Tsunami is a documentary feature film that explores the impact of tsunamis in the Banda Aceh communities of today and of centuries ago. The film uses the results of paleotsunami research conducted in the area to explain the dynamics of natural hazards within a humanistic framework. The film also presents testimonies of local survivors of the 2004 Indian Ocean tsunami to showcase the direct relationship that exists between scientific knowledge and survival rates.

The proposed session focuses on how to use stories about the human experiences to motivate general audiences to learn about Earth science and natural hazards. It will also summarize some of the development and production challenges faced by the interdisciplinary team, especially in terms of presenting deep science in a format that is easy to understand by a general audience.

The film is three years in the making and is anchored by several interconnected topics:

1. Testimonies dealing with tales of survival and human experiences during, right after, and since the tsunami.
2. Cross-reference of social history with tectonics and tsunami activity in the Acehnese and West Sumatran regions of Indonesia.
3. Scientific facts about paleotsunami research in the region, including general and easy-to-understand information about the Sumatran Plate Boundary, Sumatran subduction zone, and the Great Sumatran fault.

The film is scheduled to be released on the 10th anniversary of the 2004 Indian Ocean Tsunami.

Banda Aceh: Life After the Tsunami (working title) is produced by the Earth Observatory of Singapore (EOS) in partnership with the International Center for Aceh and Indian Ocean Studies (ICAIOS) at Syiah Kuala University, in Banda Aceh, Indonesia. 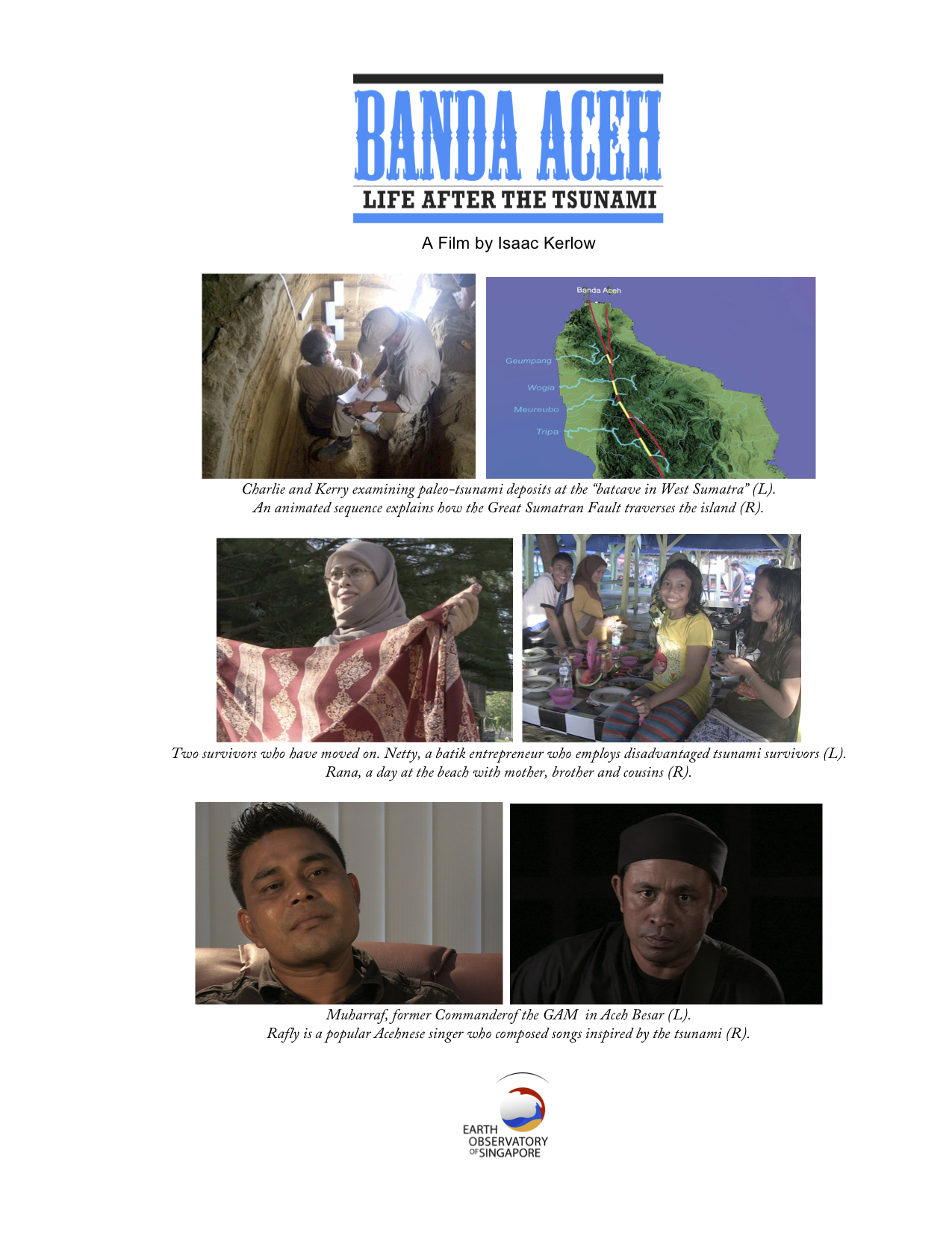