Because of the dominant influence of surface solar heating on atmospheric boundary layer (ABL) flows, the character and even underlying theories of turbulence vary diurnally over the continents. While great strides have been made in our understanding of the stable boundary layers that prevail overnight, the period of transition from a convective daytime to a stable nighttime ABL remains a very challenging problem in no small part because of its inherently non-stationary nature and because both of the main forcings, wind stress and surface heat flux, tend to flag at this time of day. These underexplored topics motivated the Boundary Layer Late Afternoon and Sunset Turbulence (BLLAST) field experiment held in the summer of 2011 at the CNRS Laboratorie d'Aerologie in Campistrous, France. On three of the twelve intensive observational days of the experiment, three rawinsondes were launched simultaneously approximately 3 km apart throughout the afternoon transition in order to directly measure mesoscale horizontal divergence in the ABL and lower free troposphere. Using the assumption of incompressibility, the observed divergence is integrated and a vertical profile of mean vertical wind is derived for the lower troposphere. Although the magnitude of the inferred vertical winds are much larger than expected (of order 0.1 ms-1), the measurements do indicate a clear trend in afternoon subsidence giving way to evening uplift at the site, which is within ~10 km of the Pyrenees' foothills. The observed transition from low-level divergence to convergence was accompanied by a deep surface pressure minimum that fluctuated by nearly 300 Pa diurnally, and we propose that it is likely related to the reversal of the plain-mountain circulation across the region. The impact of such behavior on boundary layer growth and entrainment during the afternoon hours are discussed along with evidence of similar behavior observed elsewhere in mountainous terrain. 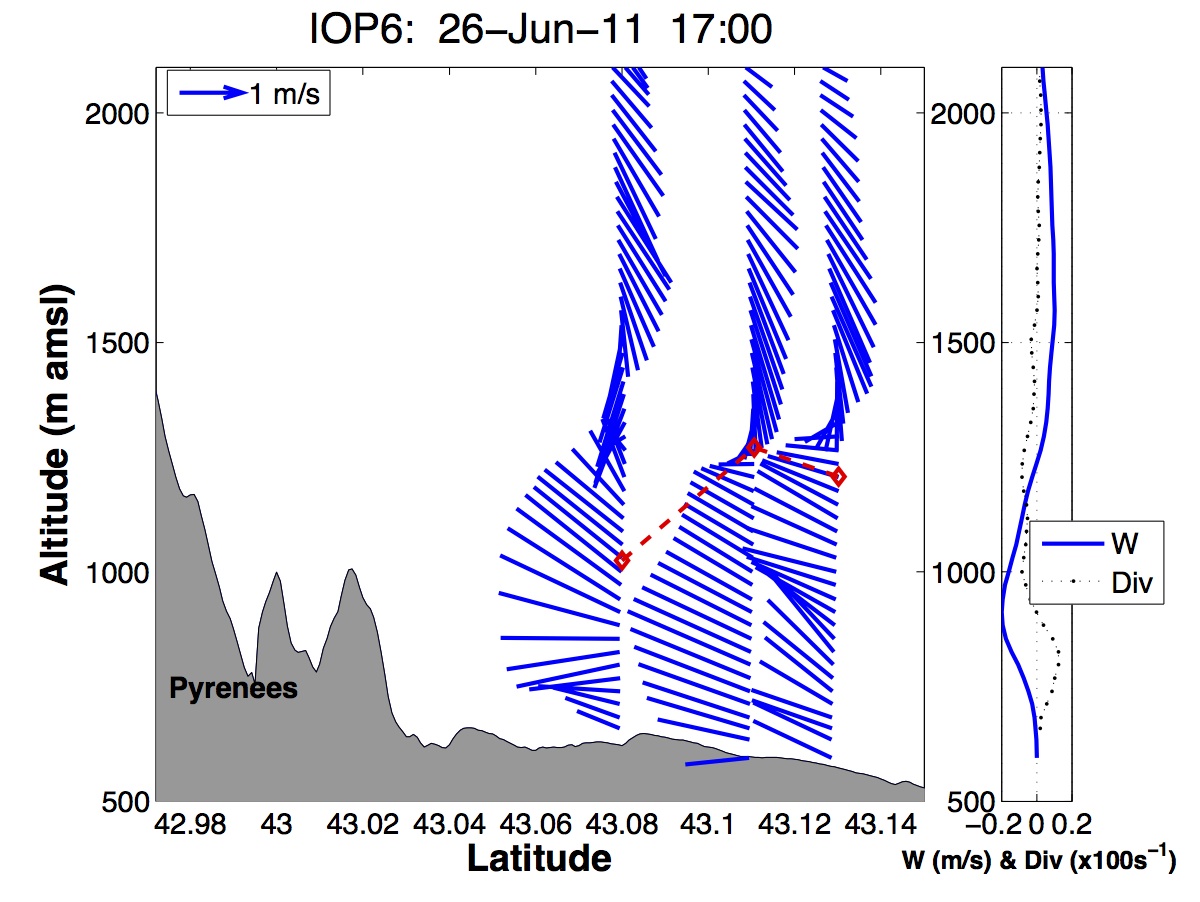