ED41A-3445:
Preliminary Investigation into the Water Usage from Fracking in Drought Ridden California

Hydraulic fracking is a common method used to obtain natural gas as well as oil from the ground. The process begins with drilling the ground, which is then followed by thousands of gallons of fluid being pumped into the ground to break the shale rock and release natural gas. The job requires thousands of gallons of water, and chemicals are added to the water, often making it unusable for other purposes. The amount of water being used for fracking in California has been recently brought to attention because the state is currently facing a drought.

Currently California is experiencing the worst drought since the 1920’s. In the time frame of 2013-2014 California rainfall has been 50% below the average with 2013 being the driest year. The lack of rain is attributed to the Pacific Decadal Oscillation which occurs every 20-30 years and causes the Pacific Ocean to cool, leading to less rain because storms are diverted to the north. As a result of the drought, food prices are expected to rise and farmers are pumping 75% of their water need from reserved aquifers. 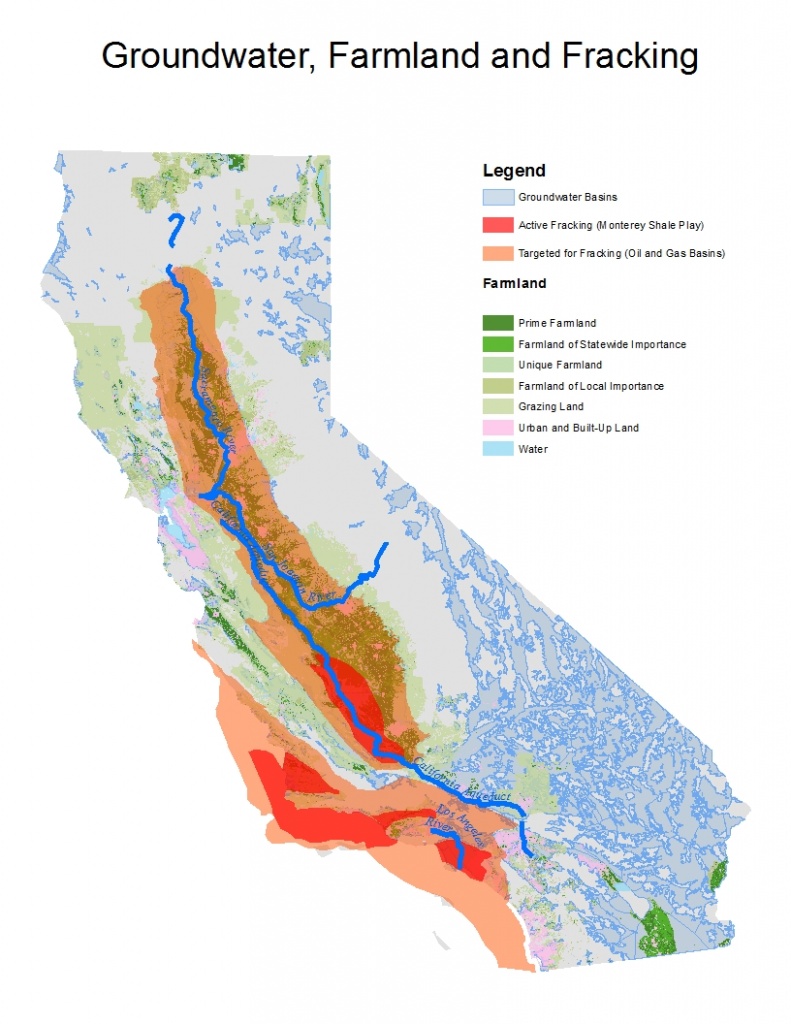