Northern California's Sacramento-San Joaquin Delta is surrounded by many agricultural fields, making is susceptible to increased ammonia levels from nutrient rich fertilizer runoff. Last year we noticed a large bloom of Water Hyacinth, an invasive species from South America, throughout many channels of the delta which led us to believe that there was an abundance of ammonia in the water. We hypothesized this with the prior knowledge that Water Hyacinth feeds on ammonia and thrives in places with high levels of ammonia in the water. Because there are no current regulation standards for ammonia levels in the Delta, we decided to test eight points around the delta to see whether or not the ammonia levels exceed regulatory standards of nearby waters. After determining the ammonia levels of each of our eight samples, we compared the data that we collected to the maximum levels of ammonia allowed in the Central San Francisco Bay, which is 0.16 ppm. We discovered that each point that we tested in the delta had ammonia levels much lower than 0.16 ppm. With these results we concluded that unusually high levels of ammonia is not a concern in the Sacramento-San Joaquin Delta. 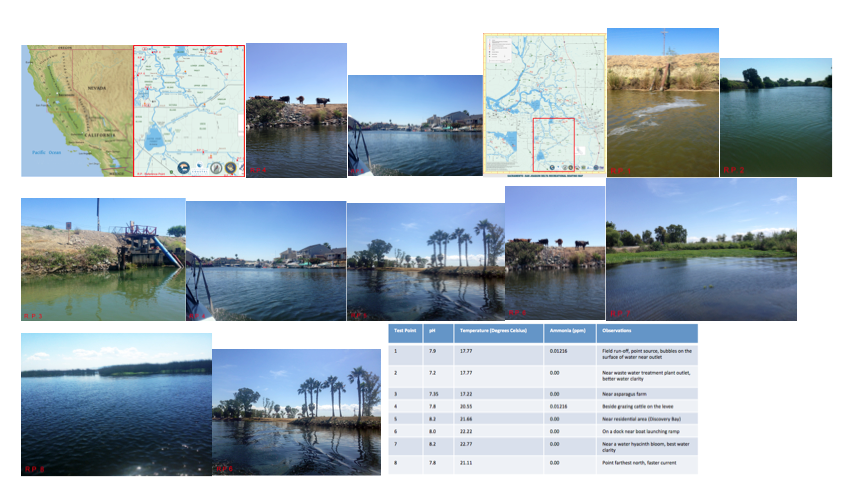