Phreato-magmatic vents (esp. maar craters) are rare in the ~40,000 Km2 Plio-Quaternary monogenetic Michoacán-Guanajuato Volcanic Field (MGVF) located in the central part of the Mexican Volcanic Belt. In contrast to >1000 scoria cones, only 2 dozen phreato-magmatic monogenetic vents (e.g. tuff cones, tuff rings, and maars) have been identified. About half of these form a cluster near Valle de Santiago in the Lerma river valley at the northern margin of the MGVF, while the others occur in a rather scattered fashion. Here we discuss the origin of Alberca de Guadalupe maar crater, one of the three phreato-magmatic vents (in addition to El Caracol and Alberca de Los Espinos) that occur within the boundaries of the inter-montane lacustrine Zacapu basin, a tectonic graben bound by an ENE-WSW normal fault system. The maar crater came into existence between 20,000 and 23,000 y BP, forming a 140 m deep hole in the otherwise planar surrounding ground of the

The unusual formation of this maar crater in the semi-arid highlands of Zacapu was favored by the local hydrological and topographical conditions. Such conditions still prevail in several parts of the MGVF, making it possible for such an event to occur again, considering the active nature of this region, which is famous for its historic 1943-1952 eruption of Paricutin. 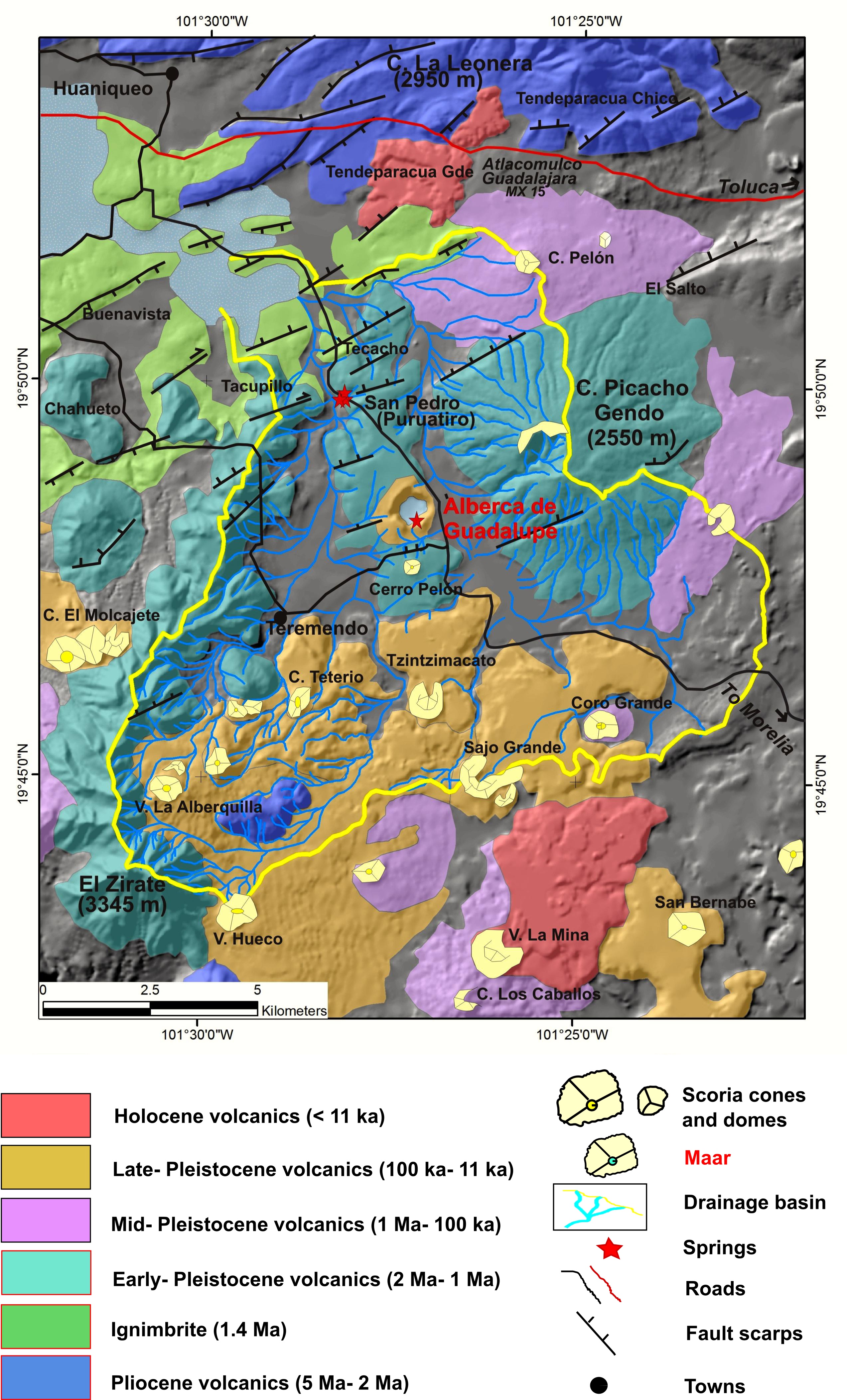