Super Typhoon Haiyan made a Philippines landfall in November, 2013 as one of the strongest storms in history. The coast of Eastern Samar Province has deep water very close to shore and experienced extreme wave conditions, with hindcast Hs>18m near landfall. These waves generated large shoreline runup, and caused severe damage to coastal communities even though hindcast storm surge was <1m at these locations.

One consequence of the storm was the transport of very large (up to 5m length) boulders shoreward to elevations near 10m, where they were stranded as waves and surge diminished. This presentation describes a field survey of a boulder field on Calicoan Island, combined with Boussinesq simulation of the nearshore storm hydrodynamics and boulder transport modeling using a modified version of the Imamura et al. methodology. Results show highly intermittent shoreward boulder transport driven by infragravity runup, with both inertial and drag forces significant. Boulder transport distance was found to be sensitive to wave properties, enough so that it may in some instances be possible to estimate hydrodynamic properties of historical storms.

The coastal boulder transport literature often features uncertainty about whether boulder fields with unknown origin were generated by storms or by tsunamis, and has suggested that coastal storms can not transport boulders very far inland. However, the present work demonstrates that the potential to transport large boulders far onshore to high inland elevations does not lie exclusively with tsunamis, but can also be achieved by strong tropical cyclones. 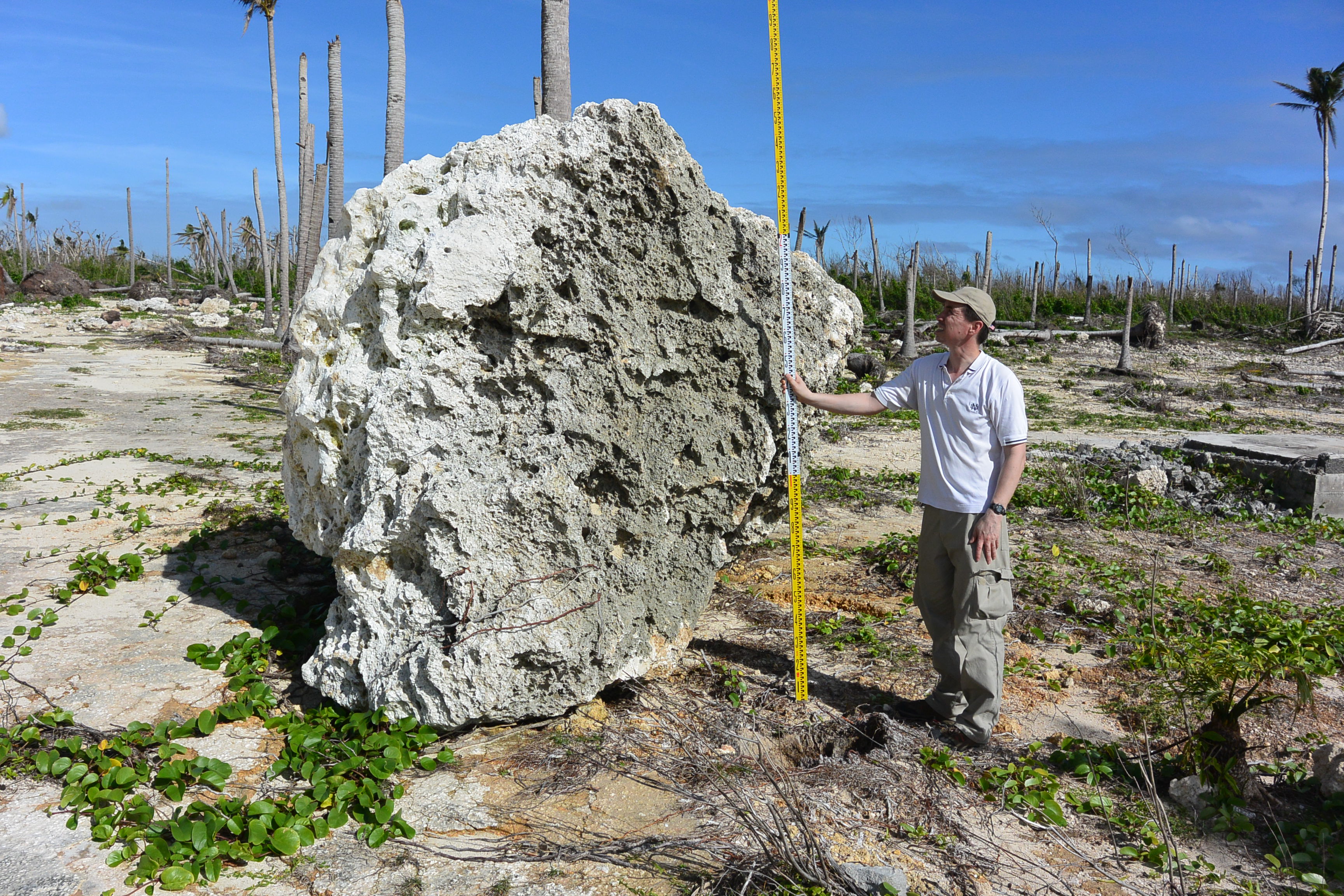