When weathered oil is transported ashore, such as during the Deepwater Horizon oil spill, it can mix with suspended sediment in the surf zone to create heavier-than-water sand and oil agglomerates in the form of mats several centimeters thick and tens of meters long. Broken off pieces of these mats and smaller agglomerates formed in situ (called Surface Residual Balls, SRBs) can cause beach re-oiling months to years after the initial spill. The physical dynamics of these SRBs in the nearshore, where they are larger (cm-scale) and less dense than natural sediment, are poorly understood. In the current study, SRB mobility and seafloor interaction is investigated through a combination of laboratory and field experiments with pseudo-SRBs developed to be physically stable proxies for genuine agglomerates. Formulations for mobility prediction based on comparing estimated shear stress to the critical Shields and modified Shields parameters developed for mixed sediment beds are assessed against observations. Processes such as burial, exhumation, and interaction with bedforms (e.g., migrating ripples) are also explored. The observations suggest that incipient motion estimates based on a modified Shields parameter have some skill in predicting SRB movement, but that other forcing mechanisms such as pressure gradients may be important under some conditions. Additionally, burial and exhumation due to the relatively high mobility of sand grains are confirmed as key processes controlling SRB dynamics in the surf zone. This work has broad implications for understanding surf zone sediment transport at the short timescale associated with mobilizing sand grains and SRBs as well as at the longer timescales associated with net transport patterns, sediment budgets, and bed elevation changes. 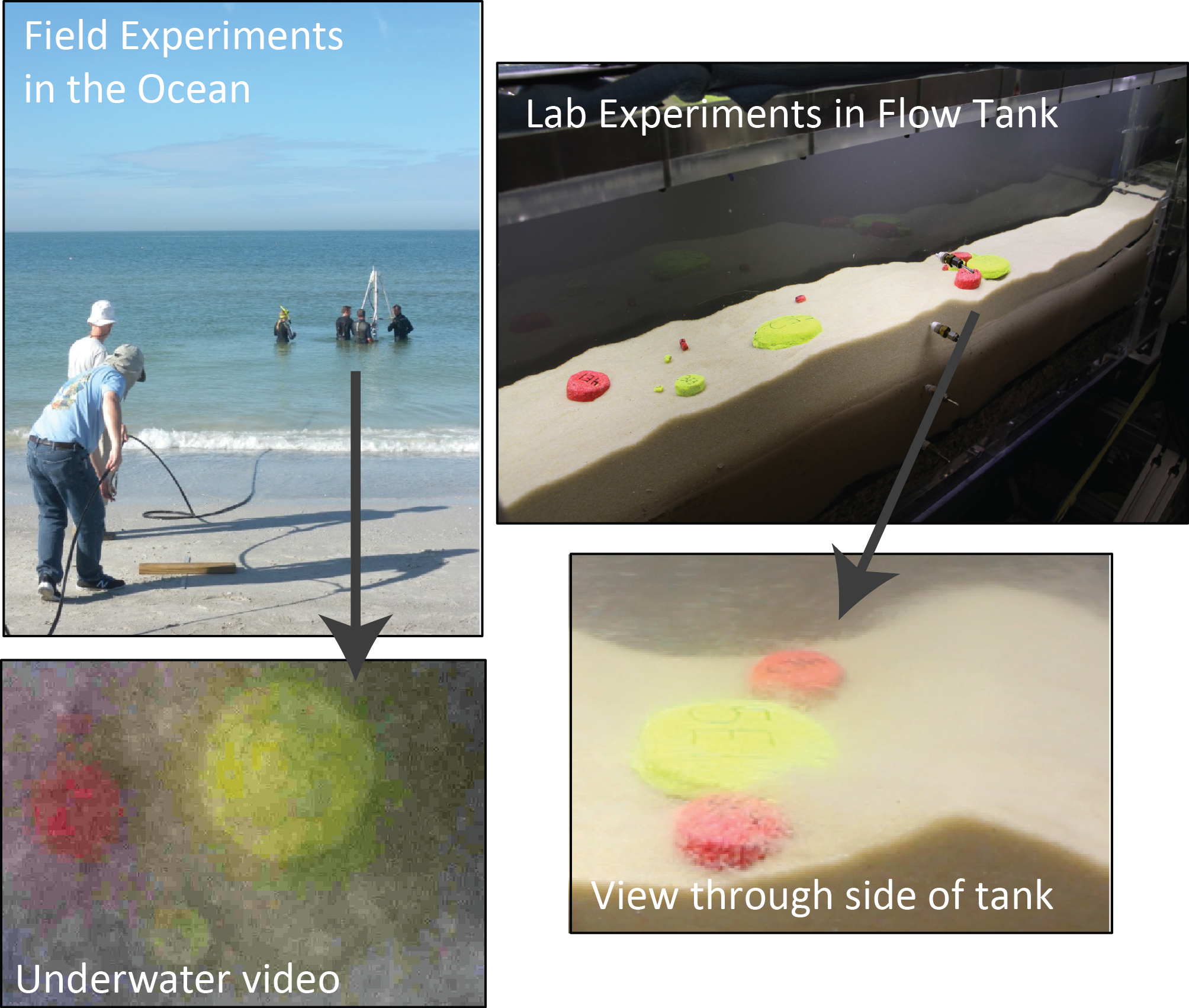