Pattern-recognition in scientific data is not only a computational problem but a human-observer problem as well. Human observation of - and interaction with - data visualization software can augment, select, interrupt and modify computational routines and facilitate processes of pattern and significant feature recognition for subsequent human analysis, machine learning, expert and artificial intelligence systems.‘Tagger’ is a Mac OS X interactive data visualisation tool that facilitates Human-Computer interaction for the recognition of patterns and significant structures. It is a graphical application developed using the Quartz Composer framework.

‘Tagger’ follows a Model-View-Controller (MVC) software architecture: the application problem domain (the model) is to facilitate novel ways of abstractly representing data to a human interlocutor, presenting these via different viewer modalities (e.g. chart representations, particle systems, parametric geometry) to the user (View) and enabling interaction with the data (Controller) via a variety of Human Interface Devices (HID). The software enables the user to create an arbitrary array of tags that may be appended to the visualised data, which are then saved into output files as forms of semantic metadata. Three fundamental problems that are not strongly supported by conventional scientific visualisation software are addressed:1] How to visually animate data over time, 2] How to rapidly deploy unconventional parametrically driven data visualisations, 3] How to construct and explore novel interaction models that capture the activity of the end-user as semantic metadata that can be used to computationally enhance subsequent interrogation.

Saved tagged data files may be loaded into Tagger, so that tags may be tagged, if desired. Recursion opens up the possibility of refining or overlapping different types of tags, tagging a variety of different POIs or types of events, and of capturing different types of specialist observations of important or noticeable events. Other visualisations and modes of interaction will also be demonstrated, with the aim of discovering knowledge in large datasets in the natural, physical sciences. 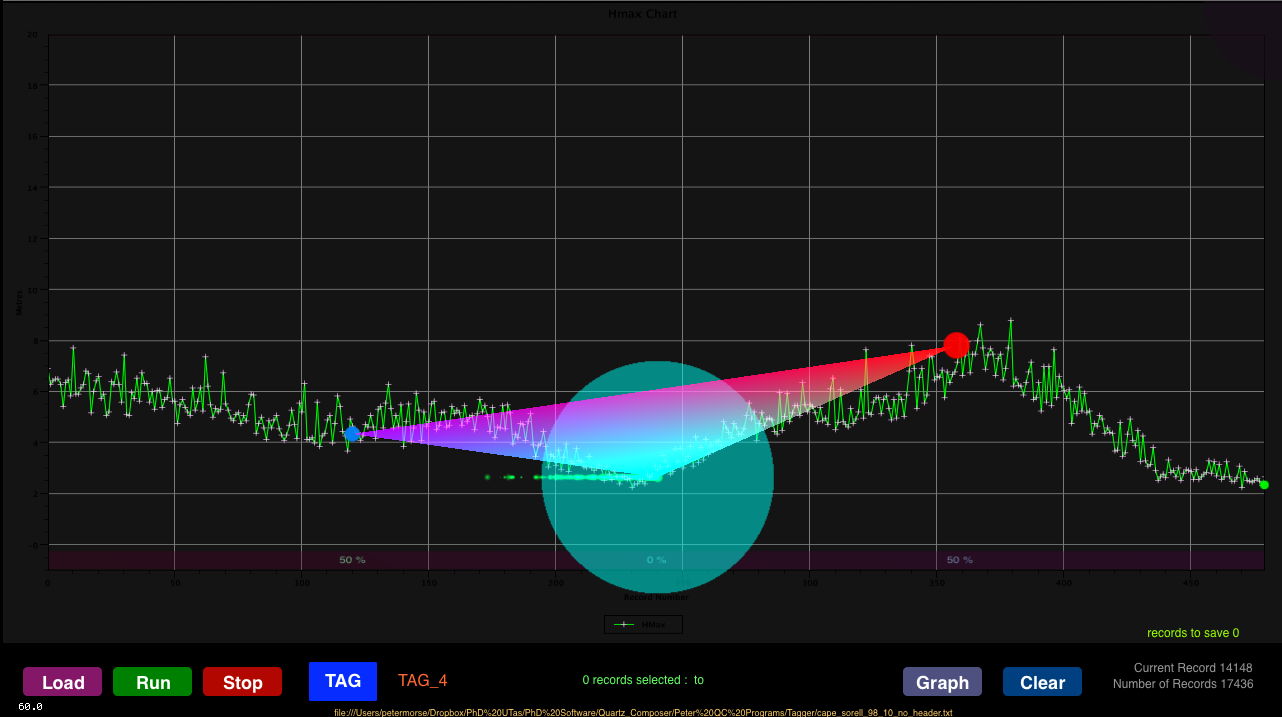