Rapid economic development in China has been accompanied by high levels of air pollution in many areas of China. Although researchers have applied a range of methods to monitor and track pollutant emissions in the atmosphere, studies of the underlying economic and technological drivers of this pollution have received considerably less attention. I will present results of a series of studies that have quantified the air pollutants embodied in goods being traded both within China and internationally. The results show that trade is facilitating the concentration of pollution in less economically developed areas, which in turn export pollution-intensive goods to more affluent areas. However, the export-related pollution itself is sometimes transported long distances; for instance, we have quantified the impacts of the Chinese pollution embodied in internationally-exported goods on air quality in the US. These findings important implications for Chinese efforts to curb CO2 emissions and improve air quality. The research to be presented reflects the efforts of a multiple year, ongoing collaboration among interdisciplinary researchers in China, the US and the UK. 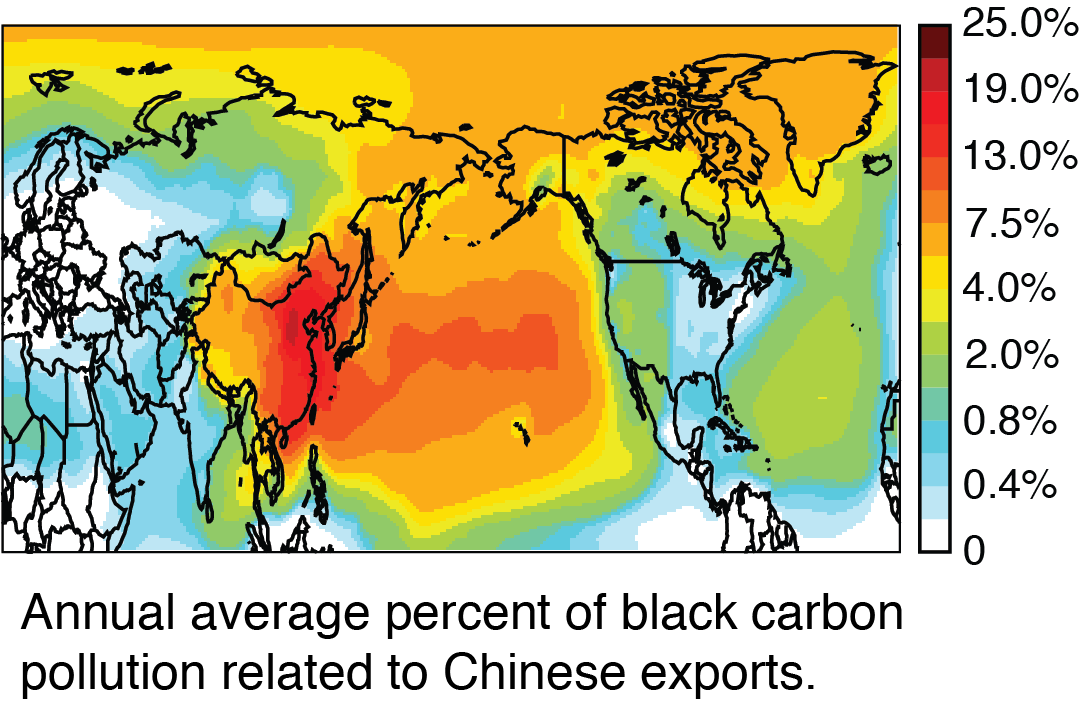