Improper disposals of hazardous wastes in most industrial countries give rise to severe groundwater contamination problems that can lead to adverse health effects in humans. Therefore risk assessment methods play an important role in population protection by (1) quantifying the impact on human health of an aquifer contamination and (2) aiding the decision making process of to better manage our groundwater resources.

Many reactive components such as chlorinated solvent or nitrate potentially experience attenuation processes under common geochemical conditions. Based on this, monitored natural attenuation has become nowadays an attractive remediation solution. However, in some cases, intermediate degradation products can constitute noxious chemical compounds before reaching a harmless chemical form. In these cases, the joint effect of advection-dispersion transport and the species-dependent kinetic reactions and toxicity will dictate the relative importance of the degradation byproducts to the total risk. This renders the interpretation of risk a non-trivial task.

In this presentation, we quantify, through a probabilistic framework, the human health risk posed by a chemical mixture in a heterogeneous aquifer. This work focuses on a Perchloroethylene contamination problem followed by the first-order production/biodegradation of its daughter species Trichloroethylene, Dichloroethylene and Vinyl Chlorine that is known to be highly toxic. Uncertainty on the hydraulic conductivity field is considered through a Monte Carlo scheme.

A comparative description of human health risk metrics as a function of aquifer heterogeneity and contaminant injection mode is provided by means of a spatial characterization of the lower-order statistical moments and empirical probability density functions of both individual and total risks. Interestingly, we show that the human health risk of a chemical mixture is mainly controlled by a modified Damköhler number that express the joint effect of contaminant mean travel times, reaction kinetics and chemical toxicity. From this, connectivity is shown to produce a significant and non-trivial impact on risk measures. The impact of connectivity can be potentially beneficial or detrimental on the magnitude of human health risk depending on the modified Damköhler number. 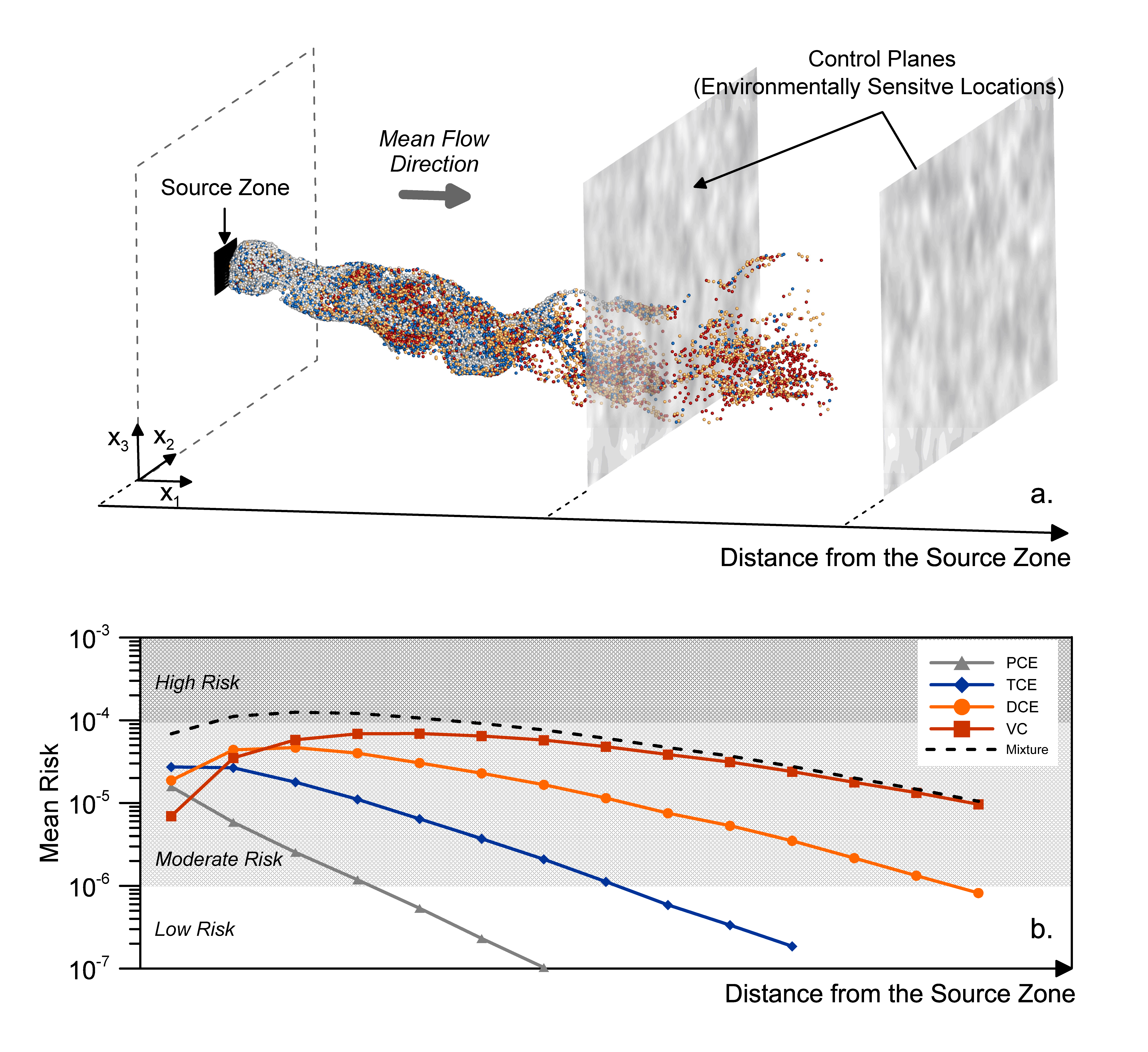