ED11C-3426:
In the Footsteps of Roger Revelle: A STEM Partnership Between Scripps Institution of Oceanography, Office of Naval Research and Middle School Science Students Bringing Next Generation Science Standards into the Classroom through Ocean Science

Now in its tenth year, “In the Footsteps of Roger Revelle” (IFRR) is a middle school science education program that draws student interest, scientific content and coherence with Next Generation Science Standards from real-time research at sea in fields of physical science. As a successful collaboration involving Scripps Institution of Oceanography (SIO),Office of Naval Research (ONR), and San Marcos Middle School (SMMS), IFRR brings physical oceanography and related sciences to students at the San Marcos Middle School in real-time from research vessels at sea using SIO's HiSeasNet satellite communication system. With a generous grant from ONR, students are able to tour the SIO Ships and spend a day at sea doing real oceanographic data collection and labs. Through real-time and near-realtime broadcasts and webcasts, students are able to share data with scientists and gain an appreciation for the value of Biogeochemical research in the field as it relates to their classroom studies. Interaction with scientists and researchers as well as crew members gives students insights into not only possible career paths, but the vital importance of cutting edge oceanographic research on our society.

With their science teacher on the ship as an education outreach specialist or ashore guiding students in their interactions with selected scientists at sea, students observe shipboard research being carried out live via videoconference, Skype, daily e-mails, interviews, digital whiteboard sessions, and web interaction. Students then research, design, develop, deploy, and field-test their own data-collecting physical oceanography instruments in their classroom. The online interactive curriculum models the Next Generation Science Standards encouraging active inquiry and critical thinking with intellectually stimulating problem- solving, enabling students to gain critical insight and skill while investigating some of the most provocative questions of our time, and seeing scientists as role-models. IFRR has provided students in the San Diego area with a unique opportunity for learning about oceanographic research, which could inspire students to become oceanographers or at least scientifically literate citizens, a benefit for our society at large. 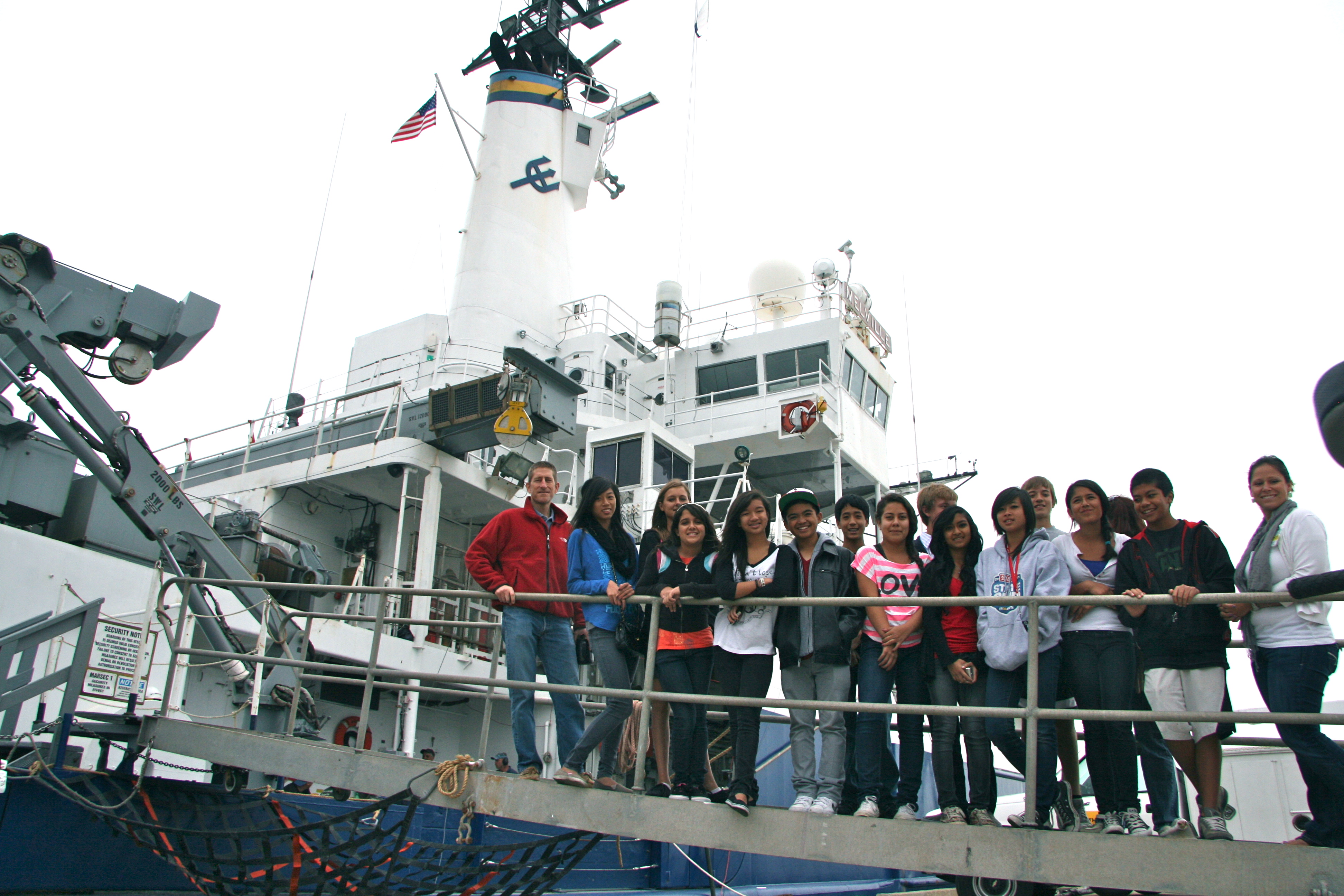