S23A-4475:
Probability Assessment of Mega-thrust Earthquakes in Global Subduction Zones -from the View of Slip Deficit-

We studied inter-plate slip history for about 100 years using earthquake catalogs. On assumption that each earthquake has stick-slip patch centered in its centroid, we regard cumulative seismic slips around the centroid as representing the inter-plate dislocation. We evaluated the slips on the stick-slip patches of over-M5-class earthquakes prior to three recent mega-thrust earthquakes, the 2004 Sumatra (Mw9.2), the 2010 Chile (Mw8.8), and the 2011 Tohoku (Mw9.0) around them. Comparing the cumulative seismic slips with the plate convergence, the slips before the mega-thrust events are significantly short in large area corresponding to the size of the mega-thrust events. We also researched cumulative seismic slips after other three mega-thrust earthquakes occurred in this 100 years, the 1952 Kamchatka (Mw9.0), the 1960 Chile (Mw9.5), the 1964 Alaska (Mw9.2). The cumulative slips have been significantly short in and around the focal area after their occurrence. The result should reflect persistency of the strong or/and large inter-plate coupled area capable of mega-thrust earthquakes. We applied the same procedure to global subduction zones to find that 21 regions including the focal area of above mega-thrust earthquakes show slip deficit over large area corresponding to the size of M9-class earthquakes. Considering that at least six M9-class earthquakes occurred in this 100 years and each recurrence interval should be 500-1000 years, it would not be surprised that from five to ten times of the already known regions (30 to 60 regions) are capable of M9 class earthquakes. The 21 regions as expected M9 class focal areas in our study is less than 5 to 10 times of the known 6, some of these regions may be divided into a few M9 class focal area because they extend to much larger area than typical M9 class focal area. 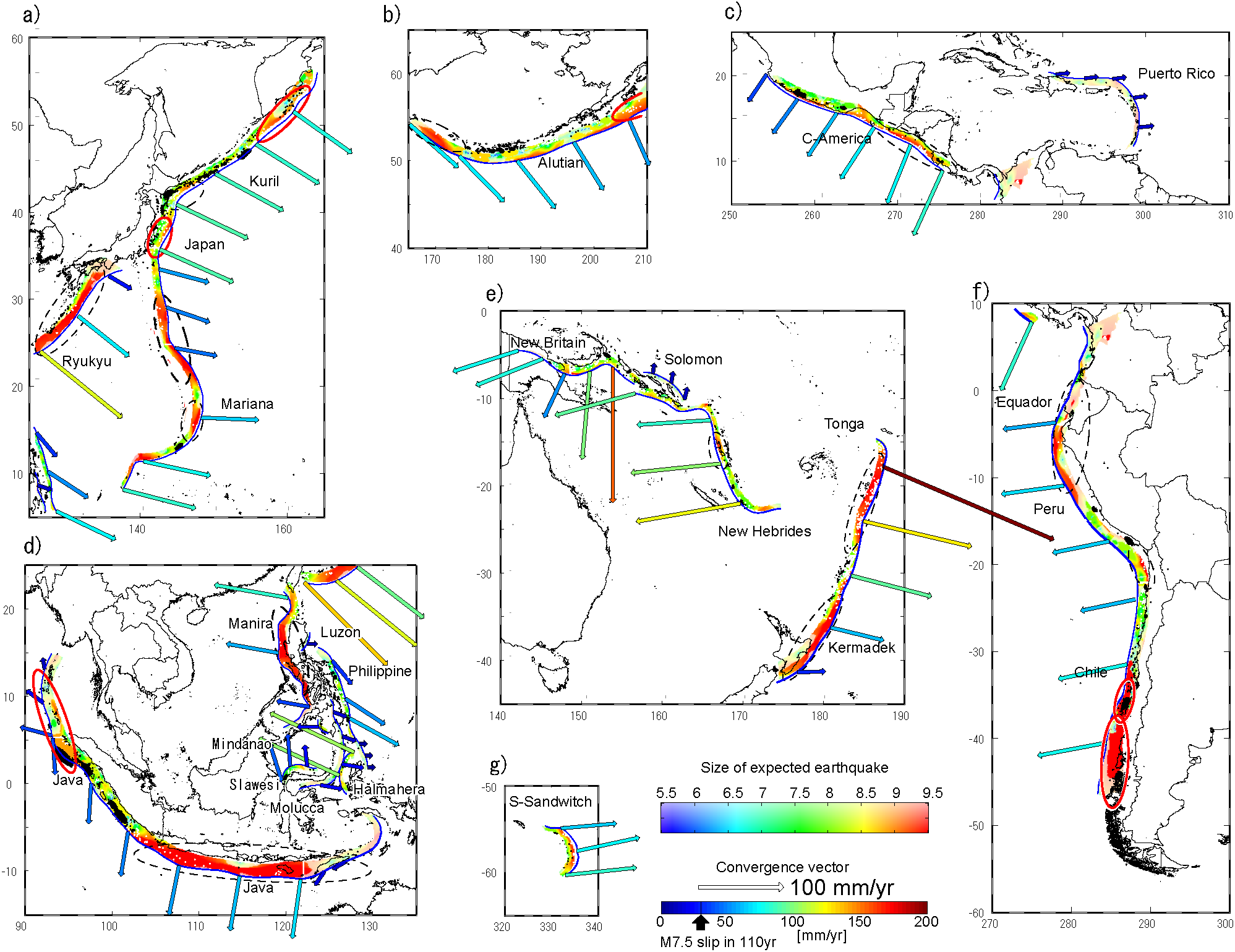