Glacial lake outburst flood (GLOF) is a serious hazard in high, mountainous regions. In the Himalayas, catastrophic risks of GLOFs have increased in recent years because most Himalayan glaciers have experienced remarkable downwasting under a warming climate. However, current knowledge about the distribution and recent changes in glacial lakes within the central Himalaya mountain range is still limited. Here, we conducted a systematic investigation of the glacial lakes within the entire central Himalaya range by using an object-oriented image processing method based on the Landsat Thematic Mapper (TM) or Enhanced Thematic Mapper (ETM) images from 1990 to 2010. We extracted the lake boundaries for four time points (1990, 2000, 2005 and 2010) and used a time series inspection method combined with a consistent spatial resolution of Landsat images that consistently revealed lake expansion. Our results show that the glacial lakes expanded rapidly by 17.11% from 1990 to 2010. The pre-existing, larger glacial lakes, rather than the newly formed lakes, contributed most to the areal expansion. The greatest expansions occurred at the altitudinal zones between 4800 m and 5600 m at the north side of the main Himalayan range and between 4500 m and 5600 m at the south side, respectively. Based on the expansion rate, area and type of glacial lakes, we identified 67 rapidly expanding glacial lakes in the central Himalayan region that need to be closely monitored in the future. The warming and increasing amounts of light-absorbing constituents of snow and ice could have accelerated the melting that directly affected the glacial lake expansion. Across the main central Himalayas, glacial lakes at the north side show more remarkable expansion than those at the south side. An effective monitoring and warning system for critical glacial lakes is urgently needed. 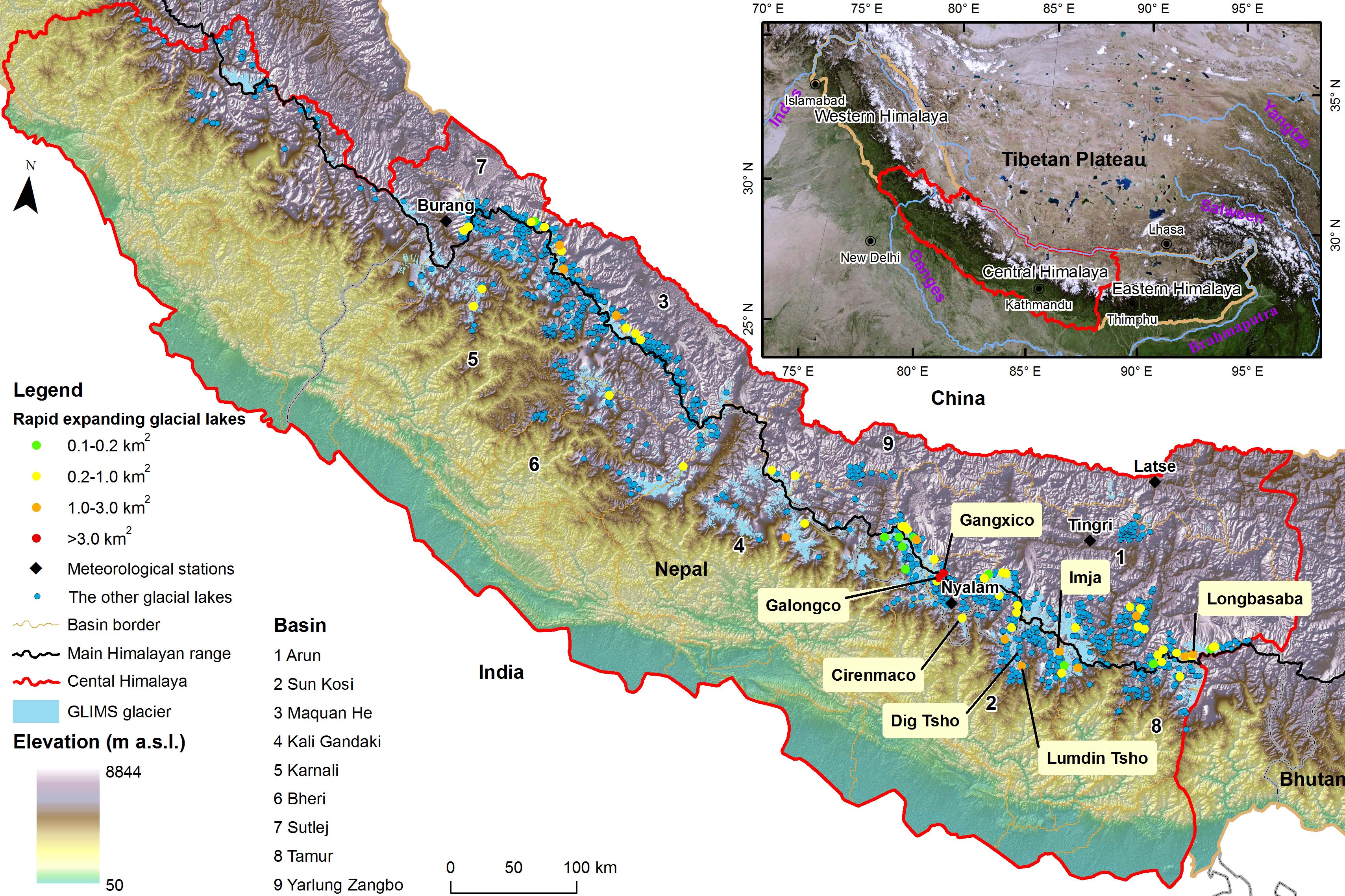